UFC203: Stipe Miocic retains his heavyweight title with a knock out win against Alistair Overeem

It only took 1 round in UFC203's main event for Miocic to reconfirm his heavyweight title.

It was no walk in the park though; Overeem almost took the title from him via a guillotine choke which apparently Overeem thought he felt Miocic tap for … Nevertheless, Miocic got out of it and later in the first round managed to knock Overeem out from the ground and head back out of the Octagon with his the title he walked into it with. 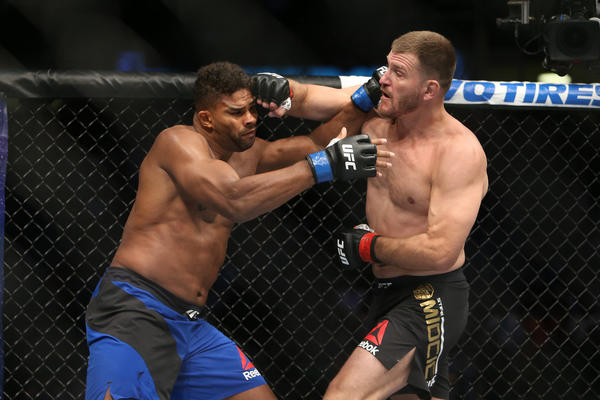