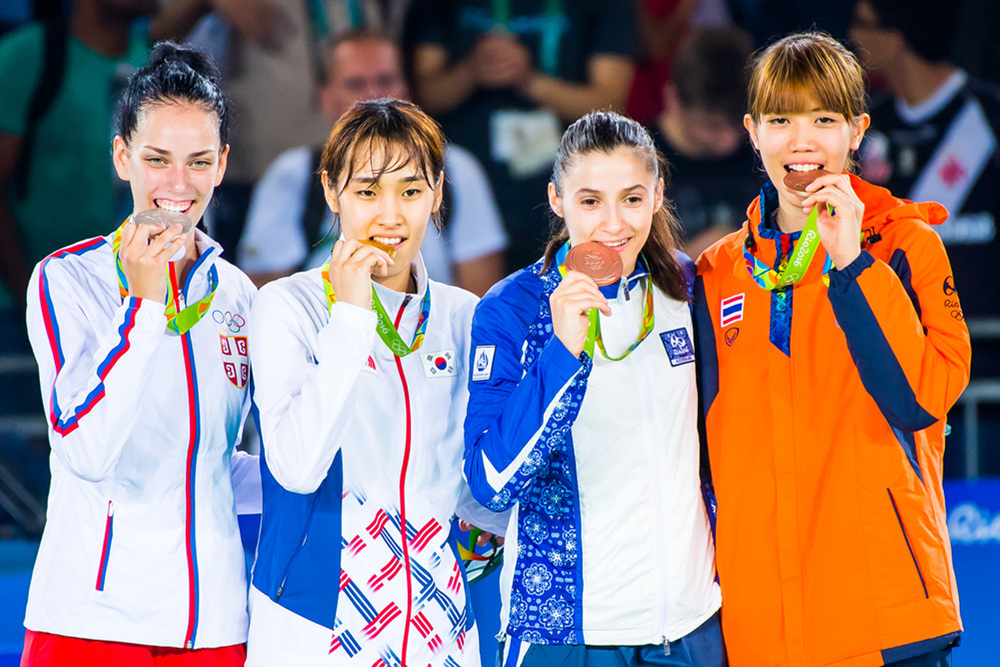 On the first day of the Olympic taekwondo competition, gold medals went to South Korea and China, silvers to Serbia and Thailand, and bronzes to Azerbaijan, Dominican Republic, Thailand and Korea.
http://www.worldtaekwondofederation.net/rio2016/news-view.php?id=17677&offset=0&cnt=3

With taekwondo's two lightest weight categories being contested, top stars fell one by one. Pundits around the arena were left stunned as some of the sport's most famed athletes lost in the first and second rounds.

The crowd in the Carioca Arena 3 in Rio's Barra Olympic Park generated an electric atmosphere throughout the day. The most prominent guest was IOC President Thomas Bach, who visited for the finals and was introduced to star Chinese athlete Jingyu Wu.