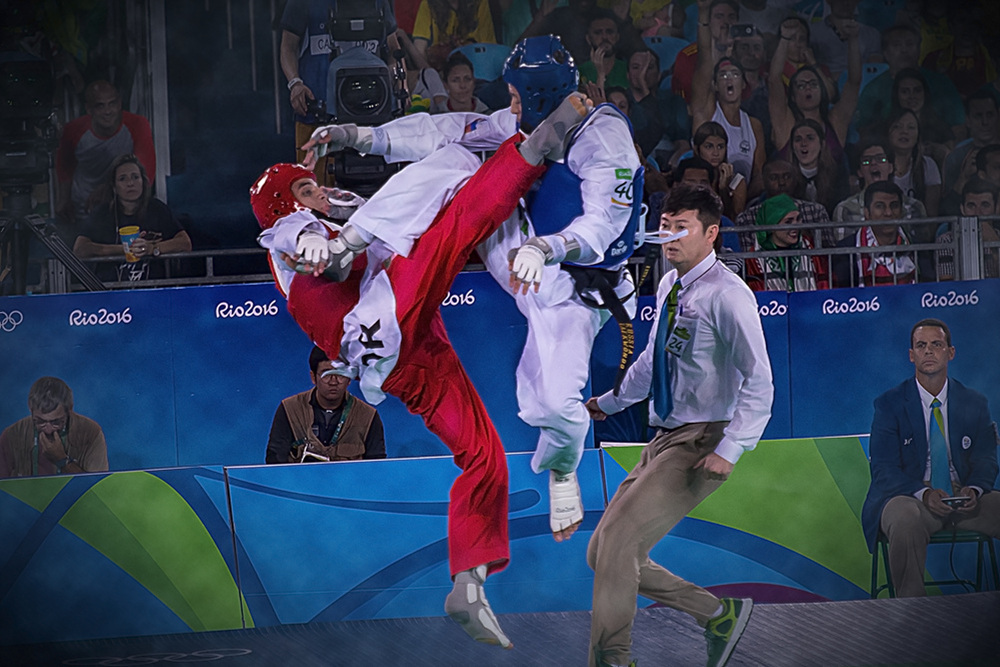 Day 2 of the Olympic taekwondo competition at the Carioca 3 Arena in Rio's Barra Olympic Park saw two of the most anticipated weight categories contested, with Great Britain and Jordan seizing gold. And sportive history was written –twice. Taekwondo delivered Jordan its first ever Olympic medal, in any sport, at any Olympics, ever. It also gave Iran its first-ever female Olympic medal in any sport.

The women -57kg category has been dubbed "The Great Rivalry" as it features one of the great rivalries of the sport – that between number one seed and defending Olympic champ Jade Jones of Great Britain and number two seed Eva Calvo Gomez of Spain. As if written in the stars both athletes fought through the preliminaries to take their rivalry to the very pinnacle of taekwondo – the final of the Olympic Games.

The highly anticipated men's -68kg category has been dubbed "Star Wars" for good reason: It contains some of taekwondo's most famed fighters. There were some upsets, but after the smoke had cleared it was fourth seeded Alexey Denisenko of Russia, the bronze medalist in London 2012, who faced off against Jordan's Abughaush. While Denisenko is highly experienced and was widely seen as a medal prospect pre-Rio, Abughaush was an astonishing surprise: The 10th seed had earlier blazed his way through the division in a series of scorching fights, showcasing a spectacular, unorthodox and entertaining style of taekwondo.